I’ve been using my old Laney Linebacker KB80 Keyboard combo as an occasional bass amp. In fact it WAS my bass amp before I got the much more portable diminutive PJB Double Four. This 90s Combo has a HH head and 12@ speaker which produce a really warm sound. But it weighs a tonne, due no doubt to the good quality chipboard used in the cabinet and the speaker frame plus magnet. 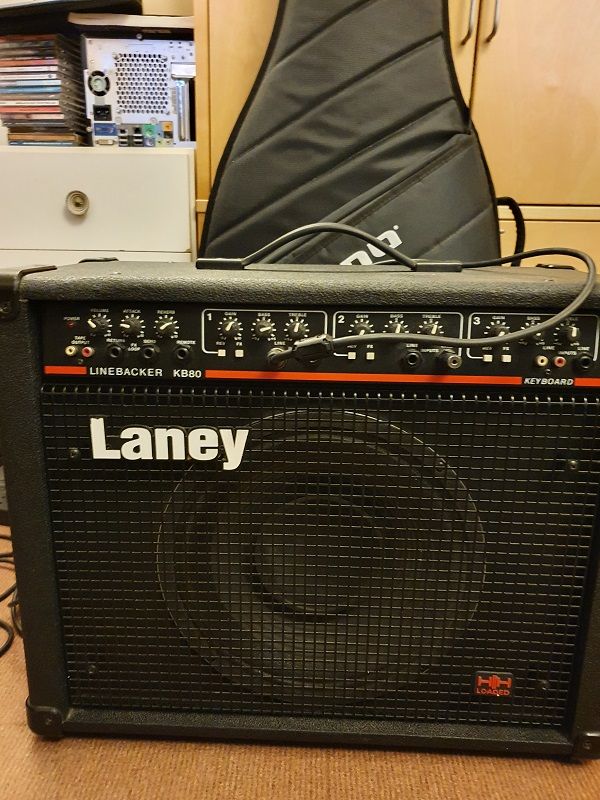 One really nice feature is the good old spring reverb unit which is good fun to play though. However, when I tried it out a few weeks ago it had stopped working. Even rough handling of the KB80 refused to cause the usual cacophony of jangly, springy noises.

So this was a great opportunity to get my screwdriver and multimeter out to see what was up and hopefully fix it. I spent most of my teenage years taking audio and other electrical equipment apart and rebuilding it but lately I almost never do so. Thus I was definitely looking forward to some real hands on fun. And the cat agreed. 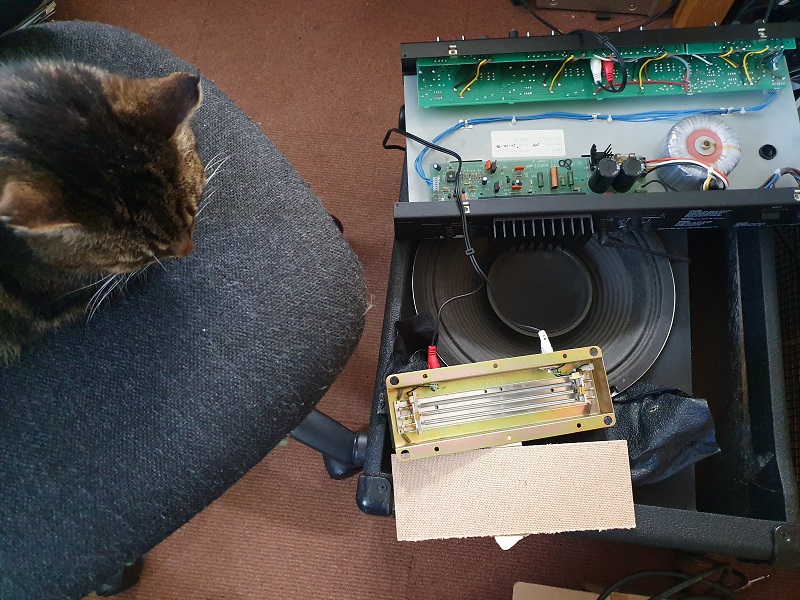 It seems I was rather too keen to dismantle it all as the problem turned out to be a dirty connection between the phono socket on the lead from the reverb unit and the socket on the amp PCB. You can see these as the red and white connectors at the top right of the photograph. But if I had just used the multi meter after whipping the amp out of the cab I would have missed all that extra fun :)